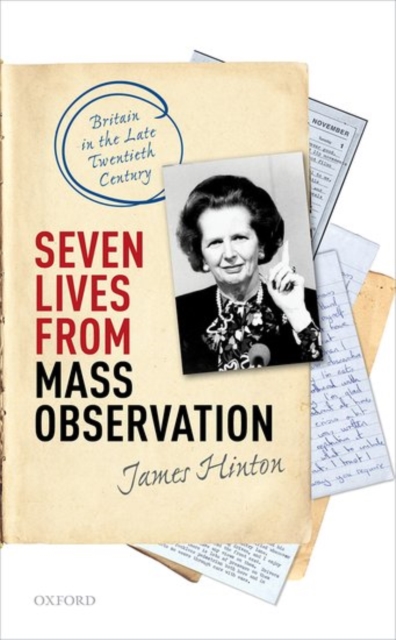 What was it like to live in Britain during the second half of the twentieth century?

In a successor to his acclaimed Nine Wartime Lives: Mass Observation and the Making of the Modern Self, James Hinton uses autobiographical writing contributed to Mass Observation since 1981 to explore the social and cultural history of late twentieth-century Britain.

At the core of the book are seven 'biographical essays': intimate portraits of individual lives set in the context ofthe shift towards the more tolerant and permissive society of the 1960s and the rise of Thatcherite neo-liberalism as the structures of Britain's post-war settlement crumbled from the later 1970s.

The mass observers featured in the book, four women and three men, are drawn from across the social spectrum - wife of a small businessman, teacher, social worker, RAF wife, mechanic, lorry driver, City banker: all active and forceful characters with strong opinions and lives crowded with struggle and drama.

The honesty and frankness with which they wrote about themselves takes us below the surface of public life to the efforts of 'ordinary', but exceptionally articulate and self-reflective,people to make sense of their lives in rapidly changing times.