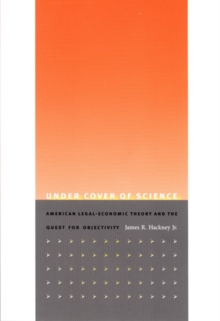 Under Cover of Science : American Legal-Economic Theory and the Quest for Objectivity Hardback

For more than two decades, the law and economics movement has been one of the most influential and controversial schools of thought in American jurisprudence.

Hackney Jr. situates the modern law and economics movement within the trajectory of American jurisprudence from the early days of the Republic to the present.

Hackney is particularly interested in the claims of objectivity or empiricism asserted by proponents of law and economics.

He argues that the incorporation of economic analysis into legal decision making is not an inherently objective enterprise.

Rather, law and economics often cloaks ideological determinations-particularly regarding the distribution of wealth-under the cover of science.

Hackney demonstrates how legal-economic thought has been affected by the prevailing philosophical ideas about objectivity, which have in turn evolved in response to groundbreaking scientific discoveries.

Thus Hackney's narrative is a history not only of law and economics but also of select strands of philosophy and science.

He traces forward from the seventeenth-century the interaction of legal thinking and economic analysis with ideas about the attainability of certitude.

He links these theories respectively to formalism, pragmatism, the analytic turn, and neopragmatism/postmodernism, and he explains how each of these schools of philosophical thought was influenced by specific scientific discoveries: Newtonian physics, Darwin's theory of evolution, Einstein's theories of relativity, and quantum mechanics.

Under Cover of Science challenges claims that the contemporary law and economics movement is an objective endeavor by historicizing ideas about certitude and empiricism and their relation to legal-economic thought. 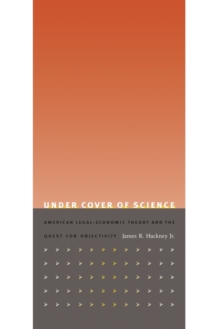 Under Cover of Science 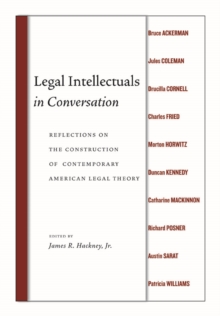