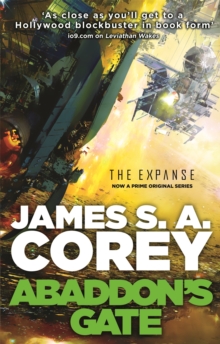 For generations, the solar system - Mars, the Moon, the Asteroid Belt - was humanity's great frontier.

Until now. The alien artefact working through its program under the clouds of Venus has emerged to build a massive structure outside the orbit of Uranus: a gate that leads into a starless dark. Jim Holden and the crew of the Rocinante are part of a vast flotilla of scientific and military ships going out to examine the artefact.

But behind the scenes, a complex plot is unfolding, with the destruction of Holden at its core.

As the emissaries of the human race try to find whether the gate is an opportunity or a threat, the greatest danger is the one they brought with them. The Expanse series has sold over two million copies worldwide and is now a major television series. The Expanse series: Leviathan WakesCaliban's WarAbaddon's GateCibola BurnNemesis GamesBabylon's AshesPersepolis RisingPraise for the Expanse: 'The science fictional equivalent of A Song of Ice and Fire' NPR Books'As close as you'll get to a Hollywood blockbuster in book form' io9.com'Great characters, excellent dialogue, memorable fights' wired.com'High adventure equalling the best space opera has to offer, cutting-edge technology and a group of unforgettable characters . . . Perhaps one of the best tales the genre has yet to produce' Library Journal'This is the future the way it's supposed to be' Wall Street Journal'Tense and thrilling' SciFiNow 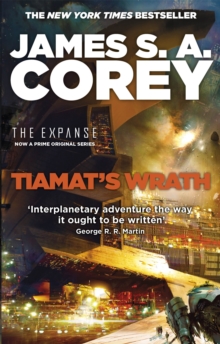