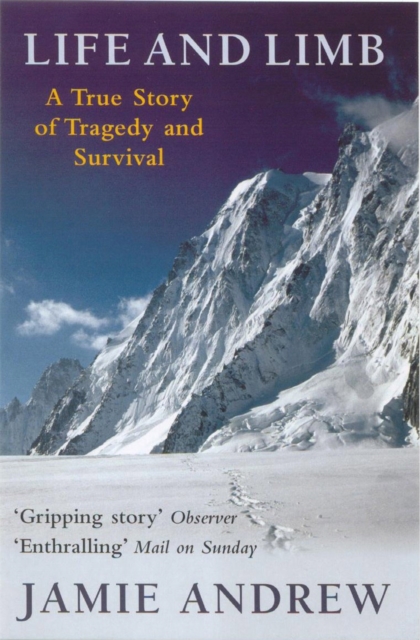 Life And Limb : A true story of tragedy and survival Paperback / softback

Jamie Andrew's survival and rescue after five nights trapped by a ferocious storm in 1999 has passed into Alpine legend.

It was a miracle that he survived; but Jamie had to come to terms not only with the death of his close friend, Jamie Fisher, who died beside him - but also with the loss of all his limbs to frostbite.

Since the accident, Jamie has struggled painfully and successfully to overcome his disabilities; not only has he learnt to walk (and run) on his prosthetic legs, but also to ski, snowboard, paraglide - and even take up his beloved mountaineering again.