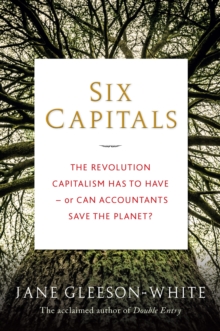 Six Capitals : The Revolution Capitalism Has to Have - or Can Accountants Save the Planet? Hardback

They translate value into the language of modern times - numbers and money - in the shape of GDP and profit figures.

But increasingly the world is coming to realise that the seemingly endless growth that capital offers us is in fact limited by the earth's resources and comes at a huge price to the planet and our own well-being. This revolution demands that we start accounting for nature and society.

It urges us to rethink our idea of capital, insisting that the familiar categories of industrial and financial capital be broadened to include four new categories of wealth: intellectual, human, social and natural.

Incorporating them into our financial statements and GDP figures could be the only way to address the many crises we face today. Just two years ago this revolution seemed idealistic and unlikely.

Today it is unfolding at speed. 2012 was the sea-change year, in which two key initiatives took root: an international movement to transform corporate accounting, and the rise of natural capital accounting for nations and the global economy.

Six Capitals tells the story of their rise to prominence, which signals a new age in capitalism, and evaluates their promise - and their threat. The revolution is here. But will we embrace its potential or deny its urgency?

Can accountants save the planet - or will we destroy it for future generations? 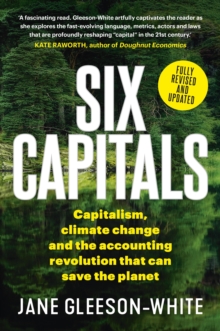 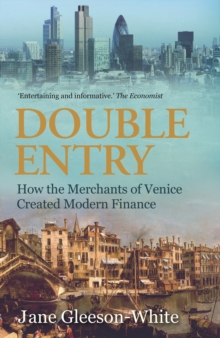