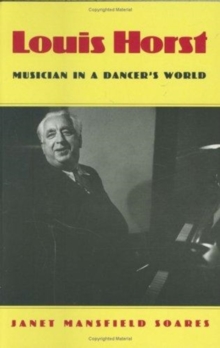 From his musical beginnings as a piano player in gambling houses and society cafes, Louis Horst (1884-1964) became one of the chief architects of modern dance in the twentieth century.

How a musician untrained in dance came to make such a mark is told here for the first time in rich detail. At the center of this story is Horst's relationship with Martha Graham, who was his intimate for decades. "I did everything for Martha," Horst said late in life.

Indeed, as her lover, ally, and lifelong confidante, he worked with such conviction to make her the undisputed dance leader in the concert world that Graham herself would later remark: "Without him I could not have achieved anything I have done." Drawing on the conversation and writings of Horst and his colleagues, Janet Mansfield Soares reveals the inner workings of this passionate commitment and places it firmly in the context of dance history. Horst emerges from these pages as a man of extraordinary personality and multifaceted talent: a composer whose dance scores, such as the one for Graham's Primitive Mysteries, became models for many who followed; a concert pianist for American dancers such as Doris Humphrey and Helen Tamiris, as well as their German counterparts; an editor and writer whose advocacy for American dance made him a leading critic of his time; and, above all, a teacher and mentor whose work at the Neighborhood Playhouse, the Bennington School of Dance, American Dance Festival, and Juilliard helped shape generations of dancers and choreographers. Richly illustrated, sensitive to intimate detail and historical nuance, this comprehensive biography reveals the raison d'etre underlying Horst's theories and practices, offering a wealth of insight into the development of dance as an art form under his virtually unchallenged rule. 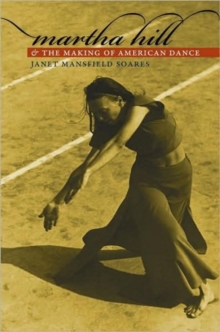 Martha Hill and the Making of American...