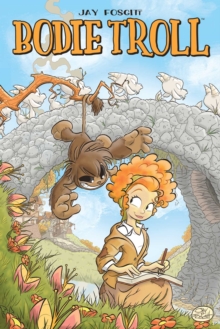 What Bodie Troll lacks in ferocity, he makes up in spirit!

ALL FEAR THE GUARDIAN OF HAGADORN! Bodie Troll is a fearsome creature. The villagers of Hagadorn whisper tales of his ferociousness and tread lightly when they cross his bridge.

At least . . . that's what Bodie would like to think. Despite his desires to strike fear in the hearts of others, Bodie is a cute and cuddly grump of a troll.

But what he might lack in ferocity, he makes up for in spirit.

Alongside his Fairy Godmother and his best friend Cholly, Bodie has a habit of finding trouble and adventure.

Whether it's protecting the village from spellbound beasts or performing shape-changing theater, Bodie Troll is up for the challenge.

If he's lucky, he just might scare someone along the way. Written and illustrated by Jay Fosgitt (Rocket Raccoon & Groot), Bodie Troll is a rollicking fantasy adventure celebrating the importance of stalwart friendships and being true to oneself. 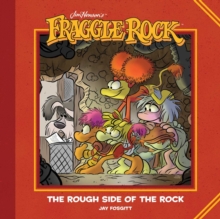