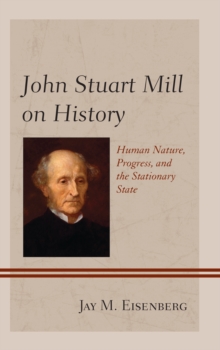 Though Mill has been the subject of an imposing volume of scholarship, his philosophy of history has received scant attention.

This inquiry considers the role of history in Mill's break from the Benthamite radicals, his effort to define a methodology for the study of society modelled on the natural sciences, and his speculations about the course and meaning of history.

A dominant theme is Mill's struggle to reconcile his ambition to develop a comprehensive science of society with his convictions that human nature is malleable and that history progresses as a consequence of intellectual achievement and diversity of beliefs.

Mill's compatibilist vision of the individual as driven by deterministic psychological laws and as also capable of freely choosing a life of autonomous "self-culture" was mirrored in his philosophy of history, as Mill retained the materialistic stadial theory of social development proposed during the Scottish Enlightenment, and an idealistic vision of history derived from the Saint-Simonians, Guizot and Comte.

Though Mill claimed the primacy of the intellect in advancing material living conditions, he believed that the culmination of instrumental rationalism in his own Age of Commerce was undermining and marginalizing other forms of individual accomplishment-indeed, individuality itself-in the suffocating conformity of mass culture.

Mindful of what he considered to be the culturally stationary states of Asia, Mill dreaded the prospect that a commercial culture with no higher ambition than the acquisition of ever-greater wealth would also become inert as the consequence of overbearing social conventions and intellectual stagnation.

Like Smith and Ricardo, Mill anticipated the inevitability of the economically stationary state as the consequence of the fall in the rate of profits under free market capitalism, but rather than await its arrival, Mill seized on its possibilities.

The stationary state became Mill's vehicle for advocating an egalitarian supra-subsistence economy in the expectation that cultural priorities would shift to the pursuit of higher moral, intellectual and aesthetic aspirations, and the revitalization of individual autonomy. 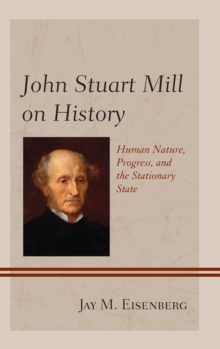