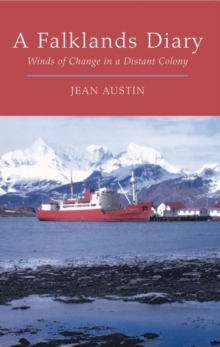 A Falklands Diary : Winds of Change in a Distant Colony Hardback

In 1969 Jean Austin's husband was appointed Colonial Secretary of the Falkland Islands and they were transported to a remote outpost of the British colonies.

While there Austin immersed herself in island life, fulfilling the duties of a Colonial Secretary's wife. "A Falklands Diary" is her sensitive and perceptive memoir of these years.Engaging and illuminating, "A Falklands Diary" paints a portrait of a mostly static culture defined by its remoteness and barren geography.

At the same time, Austin's story reveals how global politics were slowly changing the Falklands' relationship with the rest of the world.

Although seemingly removed from the drama of the Falklands War of the following decade, Austin's experience foreshadows the impending conflict and the Islands' growing geopolitical significance, casting fresh light on the history of these enigmatic islands.