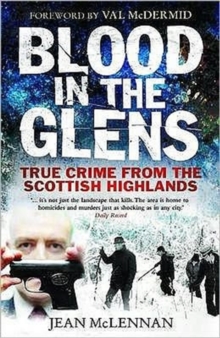 Blood in the Glens : True Crime from the Scottish Highlands Paperback / softback

This is a fascinating collection of true crime stories from the Highlands and Islands of Scotland.

Murders and unexplained deaths happen wherever there are people and, despite its sparse population, the Highlands have had more than their fair share.

Now Jean McLennan, a honorary Sheriff from Wick, investigates some of the most chilling crimes committed in the north over the last sixty years.

This is an intriguing and authoritative look at the background to each crime, the motives of those involved, the crimes themselves and their repercussions.