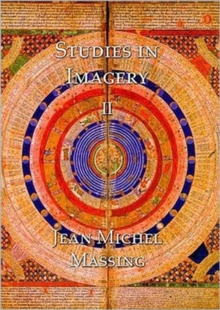 Dr. Jean Michel Massing is a Reader in the History of Art and a Fellow of King's College, Cambridge.

The first volume of Studies in Imagery, Text and Images consists of 25 studies grouped under four sections: Classical Art and its Nachleben; Symbolic Languages; Saints and Devils; Comets, Dreams and Stars.

The topics include the Celto-Roman goddess Epona, the Calumny of Apelles and its reconstructions, the Triumph of Caesar, proverb illustration, the art of memory, emblematic and didactic imagery, the temptations of St Anthony, as well as dreams and celestial phenomena.

They span a wide range of periods, from classical antiquity to the nineteenth century. This volume, The World Discovered, deals variously with the relationship of European with non-European cultures, cartography in medieval and early modern times, the representation of foreign lands and people, and the collecting of exotic artefacts.

A central theme involves the imagery of black Africans from the Middle Ages up to the nineteenth century. Volume II Contents: Introduction Cartography. Observations and Beliefs: The World of the Catalan Atlas La mappemonde de Pierre Desceliers de 1550 The World Described.

Hans Burgkmair's Depiction of Native Africans Early European Images of America: The Ethnographic Approach Albrecht Duerer's Irish Warriors and Peasants The image of Africa and the iconography of lip-plated Africans in Pierre Descelier's world map of 1550 The Image of Blackness.

The Quest of the Exotic: Albrecht Duerer in the Netherlands Pacific Cultures.

Nicolas Joseph Hamann and the Material Culture of the Gilbert Islands (Kiribati) In Arms and Armour.

Battles in the Gilbert Islands Index.