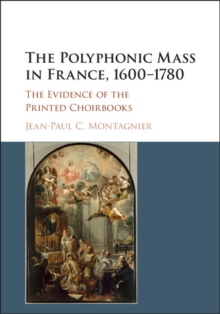 The Polyphonic Mass in France, 1600-1780 : The Evidence of the Printed Choirbooks Hardback

This is the first ever book-length study of the a cappella masses which appeared in France in choirbook layout during the baroque era.

Though the musical settings of the Ordinarium missae and of the Missa pro defunctis have been the subject of countless studies, the stylistic evolution of the polyphonic masses composed in France during the seventeenth and eighteenth centuries has been neglected owing to the labor involved in creating scores from the surviving individual parts.

Jean-Paul C. Montagnier has examined closely the printed, engraved and stenciled choirbooks containing this repertoire, and his book focuses mainly on the music as it stands in them.

After tracing the choirbooks' publishing history, the author places these mass settings in their social, liturgical and musical context.

He shows that their style did not all adhere strictly to the stile antico, but could also employ the most up-to-date musical language of the period. 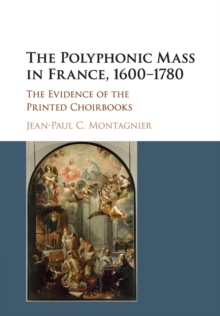