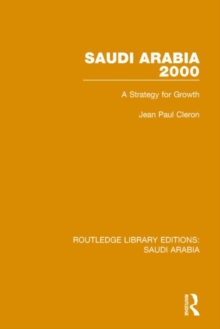 The sharp increase in both the price of crude oil and resulting revenues to Saudi Arabia has seen the rapid growth of the kingdom's international trade and a large accumulation of financial assets.

These sudden and drastic changes have taken place, however, within a mainly traditional economy, unprepared to cope with a massive increase in government revenues.

Long-term planning is therefore of the utmost importance to Saudi Arabia, and this study, first published in 1978, presents a detailed analysis of the structure of the kingdom's economy, represented by a dynamic simulation model.

The first part of the book considers, among other issues, the production of crude oil, the non-oil production, the accumulation of productive capital, the Saudi population and labour force, the mechanism of domestic inflation, and the relationship of Saudi Arabia with the rest of the world.

The second part then presents simulation experiments conducted upon the model, which are commented on and analysed.

A concluding chapter illustrates how such a study may be extended to cover several other countries in the Middle East. 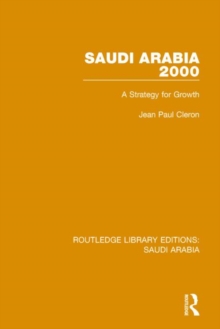