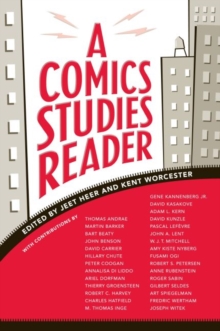 A Comics Studies Reader offers the best of the new comics scholarship in nearly thirty essays on a wide variety of such comics forms as gag cartoons, editorial cartoons, comic strips, comic books, manga, and graphic novels. The anthology covers the pioneering work of Rodolphe Toepffer, the Disney comics of Carl Barks, and the graphic novels of Art Spiegelman and Chris Ware, as well as Peanuts, romance comics, and superheroes.

It explores the stylistic achievements of manga, the international anti-comics campaign, and power and class in Mexican comic books and English illustrated stories. A Comics Studies Reader introduces readers to the major debates and points of reference that continue to shape the field.

It will interest anyone who wants to delve deeper into the world of comics and is ideal for classroom use.