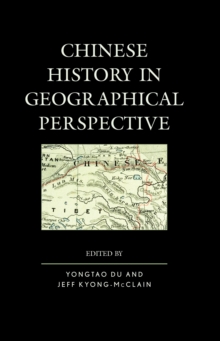 The authors in this volume believe that long-term, profound, and sometimes tumultuous changes in the last five hundred years of the history of China have been no less geographical than social, political, or economic.

From the dialectics of local-empire relations to the imperial state's persistent array of projects for absorbing and transforming ethnic regions on the margins of empire; from the tripling of imperial territories in the Qing to the disputes over the identity of the former "outer zones" in the early Republican era; and from the universalistic imagination of "all-under-heaven" to the fraught processes of re-drawing a new set of nation-state boundaries in the twentieth century, the study of the dynamics of geography, broadly conceived, promises to provide insight into the contested development of the geographical entity which we, today, call 'China.'