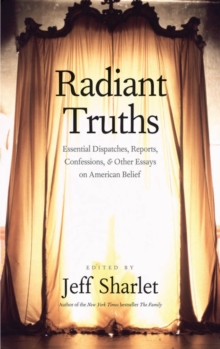 Louisa Catherine Johnson Adams, wife and political partner of John Quincy Adams, became one of the most widely known women in America when her husband assumed office as sixth president in 1825. Shrewd, intellectual, and articulate, she was close to the center of American power over many decades, and extensive archives reveal her as an unparalleled observer of the politics, personalities, and issues of her day. Louisa left behind a trove of journals, essays, letters, and other writings, yet no biographer has mined these riches until now. Margery Heffron brings Louisa out of the shadows at last to offer the first full and nuanced portrait of an extraordinary first lady.

The book begins with Louisa’s early life in London and Nantes, France, then details her excruciatingly awkward courtship and engagement to John Quincy, her famous diplomatic success in tsarist Russia, her life as a mother, years abroad as the wife of a distinguished diplomat, and finally the Washington, D.C., era when, as a legendary hostess, she made no small contribution to her husband’s successful bid for the White House. Louisa’s sharp insights as a tireless recorder provide a fresh view of early American democratic society, presidential politics and elections, and indeed every important political and social issue of her time.