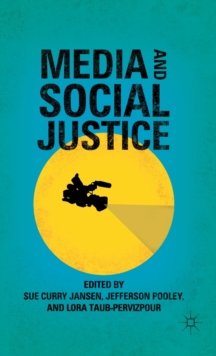 This book is an anthology of work by critical media scholars, media makers, and activists who are committed to advancing social justice.

Topics addressed include but are not limited to international media activist projects such as the Right to Communication movement and its corollaries; the importance of listening and enacting policies that advance democratic media; regional and local media justice projects; explorations of the challenges the era of participatory media pose to public media; youth and minority media projects and activism; ethical dilemmas posed by attempts to democratize access to media tools; the continued marginalization of feminist perspectives in international policy venues; software freedom and intellectual property rights; video activism in both historical and contemporary contexts; internet strategies for defending dissenting voices; and five accounts by prominent scholar/activists of their lifelong struggles for media justice.