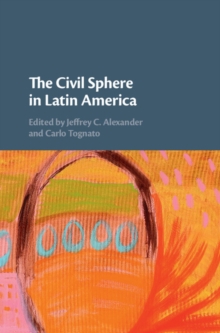 In widely different arenas, dissidents have employed the coruscating language of the civil sphere to pollute their oppressors in the name of justice.

In the 1970s and 1980s, political thinkers heralded the resurrection of Latin American civil society, envisioning a new world of freedom and stability.

Corruption, inequality, racism, and exclusion become pressing and urgent 'social problems', not despite the promises of democracy, but because of them.

The premise of this volume is that Latin American civil spheres are powerful, even as they are compromised, creating challenges to anti-civil culture and institutions that trigger social reform.

It is the first of three volumes that place civil sphere theory in a global context.