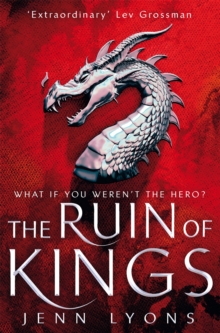 The Ruin of Kings Paperback / softback

Part of the A Chorus of Dragons series

The most anticipated fantasy debut of the year. In this thunderously good read, prophecy and magic combine in an incredible epic of imperial politics, gods and demons.

When destiny calls, there's no fighting back . . . As a bard's apprentice, Kihrin grew up with tales of legendary deeds.

He also steals, desperate to buy a way out of Quur's slums.

Then he raids the wrong house, he's marked by a demon and life will never be the same again. Kihrin's plight brings him to the attention of royalty, who claim him as the lost son of their immoral prince.

But far from living the dream, Kihrin's at the mercy of his new family's ruthless ambitions.

Kihrin is horrified to learn he's at the centre of an ancient prophecy. And every side - from gods and demons to dragons and mages - want him as their pawn.

Those old stories lied about many things too, especially the myth that the hero always wins. Then again, maybe Kihrin isn't the hero, for he's not destined to save the empire.

He's destined to destroy it. The Ruin of Kings is the first book in Jenn Lyons's extraordinary series, A Chorus of Dragons. 'What an extraordinary book . . . enthralling and deeply, deeply satisfying. I loved it'Lev Grossman, author of The Magicians'A fantastic page-turner with a heady blend of great characters'John Gwynne, author of A Time of Dread'A virtually un-put-down-able read'Kirkus Reviews 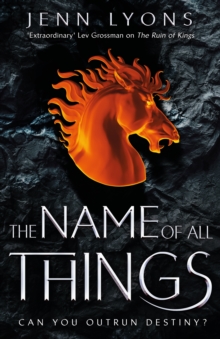 The Name of All Things 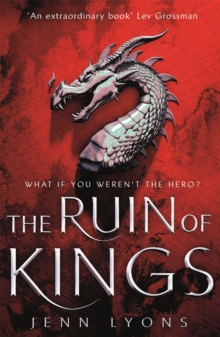 The Ruin of Kings

Also in the A Chorus of Dragons series

The Name of All Things

The Ruin of Kings