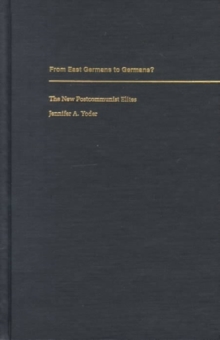 From East Germans to Germans? : The New Postcommunist Elites Hardback

by Jennifer A. Yoder

In 1990 Germany launched an experiment to transplant democracy into a formerly communist country, effectively dismantling the system of the German Democratic Republic and rebuilding it in the likeness of the democratic Federal Republic of Germany.

From East Germans to Germans? examines the role of the first generation of democratically elected political elites in the former GDR's transition to democracy. Although the quick transplant of a ready-made democratic system supported by West German financial backing and expertise provided benefits, problems arose for the development of postcommunist political leadership and for the growth of mass support for the democratic system.

Jennifer A. Yoder analyzes the implications of the transition process for democratic legitimation and integration.

Based on field research in East Germany that included interviews with parliamentarians, her study addresses issues such as culture, identity, and the lack of continuity between the old and new political elites.

Although the availability of West German role models, together with pressure to conform, allowed the process of decommunization to occur much faster than elsewhere in Eastern Europe, the cultural differences between east and west are more extensive and complex than previously assumed.

Unification has also been followed by a reinvigoration of regional interests.

Yoder shows how some political elites have adopted western German patterns, while others openly criticize many of the practices and policies originating in Bonn and present themselves as democratic alternatives and advocates for East German interests in the new Germany.

Indeed, for many East Germans, these new regional elites are regarded as the only representatives of their interests in the western-dominated political system. Providing insight into elite-building at a time of transition and a valuable alternative to the "institutions versus culture" debate found in traditional analyses of political change, this book will interest political scientists and students and scholars of European politics and German studies.

Also by Jennifer A. Yoder 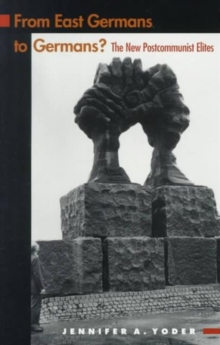 From East Germans to Germans? 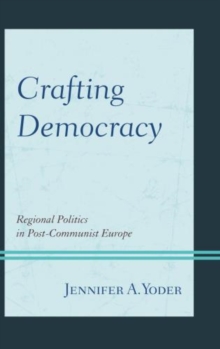 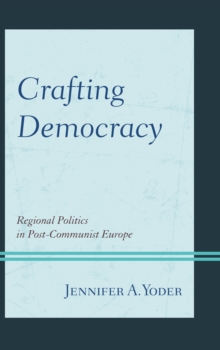