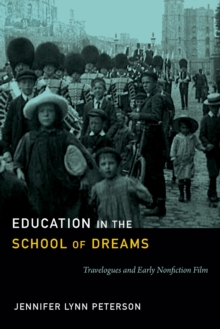 Education in the School of Dreams : Travelogues and Early Nonfiction Film Paperback / softback

In the earliest years of cinema, travelogues were a staple of variety film programs in commercial motion picture theaters.

Scenics were so popular that they were briefly touted as the future of film.

But despite their pervasiveness during the early twentieth century, travelogues have been overlooked by film historians and critics.

In Education in the School of Dreams, Jennifer Lynn Peterson recovers this lost archive.

Through innovative readings of travelogues and other nonfiction films exhibited in the United States between 1907 and 1915, she offers fresh insights into the aesthetic and commercial history of early cinema and provides a new perspective on the intersection of American culture, imperialism, and modernity in the nickelodeon era.Peterson describes the travelogue's characteristic form and style and demonstrates how imperialist ideologies were realized and reshaped through the moving image.

She argues that although educational films were intended to legitimate filmgoing for middle-class audiences, travelogues were not simply vehicles for elite ideology.

As a form of instructive entertainment, these technological moving landscapes were both formulaic and also wondrous and dreamlike.

Considering issues of spectatorship and affect, Peterson argues that scenics produced and disrupted viewers' complacency about their own place in the world. 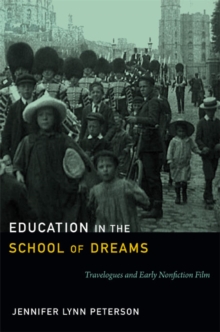 Education in the School of Dreams