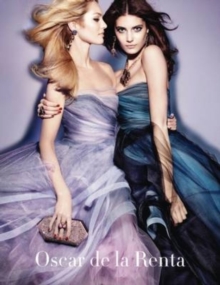 In this fabulous book, readers will be immersed in the designs that made Oscar de la Renta one of fashion's most influential designers, who dressed celebrities, American First Ladies and socialites from around the world.

Thematic sections will trace de la Renta's journey, from his upbringing in the Dominican Republic; the rise of his career in Spain, where he gained his first commissions; his formative years spent in the world's preeminent fashion houses; and the eventual creation of the company that bears his name.

Luxurious colour illustrations include images from his historic 1973 fashion show at Versailles, his designs worn from the red carpet to the White House by glamor icons such as Sarah Jessica Parker and Taylor Swift, along with state dinner-worthy creations made exclusively for Hillary Clinton and Laura Bush.

In addition, historic images from de la Renta's archives illuminate both the breadth and depth of the designer's work.Andre Leon Talley's heartfelt introduction looks back on a long and treasured friendship, and the authors examine the designer's artistry and technique, as well as the historical and cultural influences fostered by his visionary work in this elaborate tribute to a singular individual.