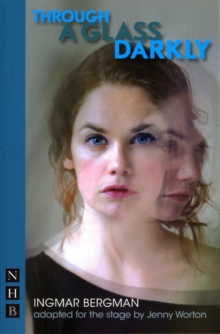 Karin is a young wife, an older sister and an only daughter.

In her kaleidoscopic internal world the boundaries between different realities blur and shift. Karin's family go on their annual holiday together.

On a bleakly beautiful island her husband, father and brother argue over the best way to help her.

As events spiral out of control, Karin realises that she must take command of her own destiny. Poignant and sensuous, Through a Glass Darkly is the Oscar-winning film by legendary Swedish director and screenwriter Ingmar Bergman.

Bergman was director of the Royal Dramatic Theatre in Stockholm from 1960 to 1966, and Through a Glass Darkly is the only film that he gave permission to be adapted for the stage.