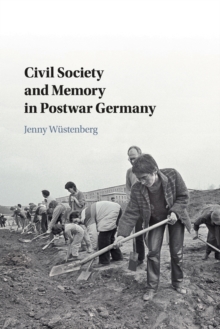 Blending history and social science, this book tracks the role of social movements in shaping German public memory and values since 1945.

Drawn from extensive original research, it offers a fresh perspective on the evolution of German democracy through civic confrontation with the violence of its past.

Told through the stories of memory activists, the study upends some of the conventional wisdom about modern German political history.

An analysis of the decades-long struggle over memory and democracy shows how grassroots actors challenged and then took over public institutions of memorialization.

In the process, confrontation of the Holocaust has been pushed to the centre of political culture.

In unified Germany, memory politics have shifted again, as activists from East Germany have brought attention to the crimes of the East German state.

This book delivers a novel and important contribution to scholarship about postwar Germany and the wider study of memory politics.