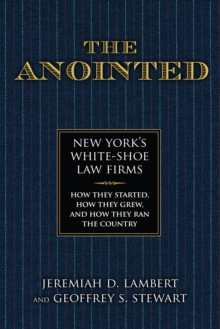 This is the story of how and why such powerhouse Wall Street law firms as Cravath, Swaine & Moore, Davis Polk & Wardwell, and Sullivan & Cromwell, grew from nineteenth-century entrepreneurial origins into icons of institutional law practice; how, as white-shoe bastions with the social standards of an exclusive gentlemen's club, they promoted the values of an east coast elite; and how they adapted to a radically changed legal world, surviving snobbish insularity and ferocious competition to remain at the pinnacle of a transformed profession.

It is no accident these firms are found in New York, the largest city in the world's largest economy and also the nation's largest port, principal banking center, and epicenter of industry.

At the dawn of the twentieth century, linked by canals, railroads, telegraph and telephone lines, transatlantic steamships and undersea cables, New York became the economic nerve center of the United States.

It also wielded formidable political power and supplied every President or Vice President of the United States between the Civil War and the Great War. 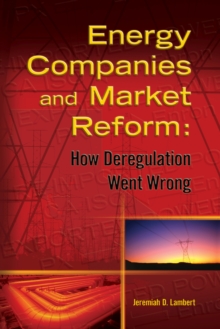