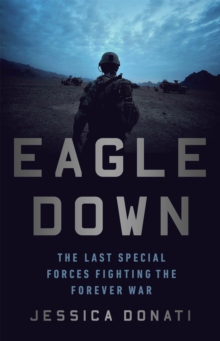 In 2013, President Obama began the drawdown of troops in Afghanistan.

But only a year into the withdrawal, Obama began allowing the U.S. military to resume combat operations, relying almost entirely on U.S.

Special Operations forces. It was the beginning of a new, covert war. Reporter Jessica Donati shows how policy shifted, and argues that the war is undermining American interests both at home and abroad.

It is eroding morale among America's most elite and most important forces and widening the disconnect between the military and the general public.

This covert war fought by U.S. Special Forces is not fought as a nation, but as a secretive tool of policy. With big picture insight and on-the-ground grit, Donati argues that U.S. foreign policy and reliance upon covert warfare is allowing Afghanistan to continue as a safe-haven for extremist groups, and become more susceptible to foreign powers like China and Russia.

As Afghanistan becomes more unstable, America will continue to fight a full-blown war with no end in sight.