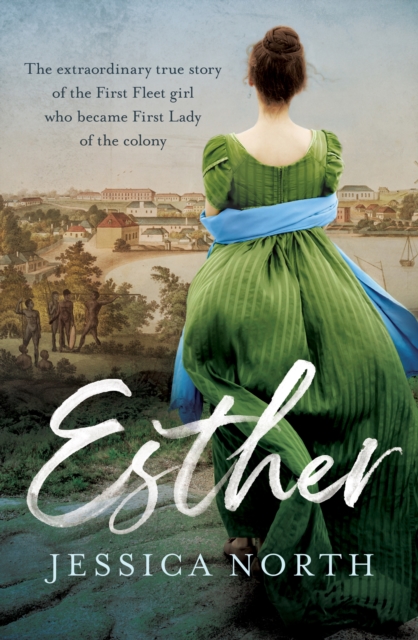 Esther : The extraordinary true story of the First Fleet girl who became First Lady of the colony Paperback / softback

Esther only just escaped the hangman in London. She was aged 16 when she stood trial for stealing twenty-four yards of black silk lace, worth fifty shillings, from Harrops' Drapery.

Her sentence was 'transportion to parts beyond the seas' for seven years.

She embarked on the perilous journey around the globe on the First Fleet, and on the journey she took up with the dashing young First Lieutenant George Johnston.

Usually such arrangements between convict women and army officers were temporary, but George stuck by Esther.

In the early days they lived in a tent at Sydney Cove, and over time George was granted land in what is now the Sydney suburb of Annandale, where they established a farm and together they raised a large family. When Governor Bligh was deposed by the Rum Corps, Lieutenant-Colonel George Johnston briefly became Lieutenant-Governor of NSW and his life companion, Esther, became First Lady of the colony, a remarkable rise in society for a former convict. It was Lachlan Macquarie who insisted that George and Esther get married, which they did in fine style at their great residence.

Subsequently, when George died, Esther, as his widow, took control of their business interests (which she had previously done whenever he was away) and became one of Sydney's wealthiest citizens.