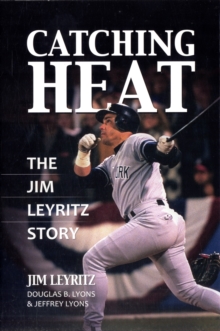 by Jim Leyritz, Douglas B. Lyons

Most people remember me for two events, both of which tested my faith in different ways.

I controlled one; the other, I did not. I was in control of the home run I hit in the 1996 World Series against the Atlanta Braves, which turned the Series around for the New York Yankees and eventually led them to their first world championship in eighteen years.

I was not in control of the 2007 car accident in which I was involved that resulted in the tragic loss of a woman's life . . . I decided that I would not let my life be defined by either of these moments.

This is my story. So begins Jim Leyritz's dramatic tale Catching Heat, a thrilling spectacle of professional and personal highs and lows that take fans behind the scenes of life on the road, in the locker room, and ultimately to the defendant's seat in a courtroom. From a struggling player fumbling through the Minors and finding resilience during disappointing trades to speaking his truth when others wouldn't, Leyritz evolved into the epitome of a 'clutch' player when it came to leading teams to victories when it really counted.

Well beyond a successful sporting career saga, Jim's story is an inspiring example for anyone who wants to pursue a dream or learn life's lessons--both hard and hallowed--from a man who knows what it is like to live his.