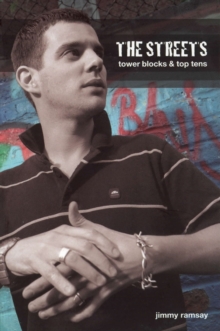 Mike Skinner aka The Streets is arguably the most acclaimed new talent to emerge in the UK in the past five years.

A Birmingham native who later ventured into the the murky depths of the capital's garage scene, Skinner was an unlikely nominee for Britain's answer to Eminem.

Brought up on tough estates on a diet of cheap beer, hip-hop, house and jungle while working fast food jobs just to get by, Skinner bore witness to a teenage trawl through the lower stratum of society.

Eventually he started to record his own tunes, which from the very first - such as the ultra-gritty home-cooked 'Has It Come To This?' - have injected a biting degree of social commentary into a scene that at times flirted with the banal.

In so doing, Skinner has been able to capture a cross-section of the British public as his fans, from the garage heads who were with him in railway arches at the start to the glossy magazines and broadsheet editors who now fawn over his every move, Skinner is a phenomenon.

His debut long-player, Original Pirate Material was an incendiary missive from the trenches of British working-classes, and almost at once, the public and media were alerted to a substantial new talent. However, it was his follow-up, the concept album 'A Grand Don't Come For Free' that propelled Skinner into music's royalty.

Ramsay's incisive biography - the very first on the market - will chronicle this most extraordinary of rises to fame, talking to key observers, music experts, bands and social commentators to build up a picture of Skinner's impact.

The book will also examine the so-called 'chav' culture which currently illuminates and blights UK society in equal measure.

Further emphasis will be accorded to the claims that Skinner is the 'new Alan Bennett' and the countless other lofty literary claims that have been made about him by a media who presently feel he can do no wrong.