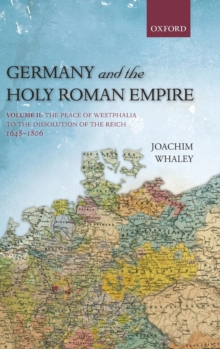 Germany and the Holy Roman Empire : Volume II: The Peace of Westphalia to the Dissolution of the Reich, 1648-1806 Hardback

Part of the Oxford History of Early Modern Europe series

Going against the notion that this was a long period of decline, Joachim Whaley shows how imperial institutions developed in response to the crises of the sixteenth andseventeenth centuries, notably the Reformation and Thirty Years War, and assesses the impact of international developments on the Reich.

Central themes are the tension between Habsburg aspirations to create a German monarchy and the desire of the German princes and cities to maintain their traditional rights, andhow the Reich developed the functions of a state during this period.

The first single-author account of German history from the Reformation to the early nineteenth century since Hajo Holborn's study written in the 1950s, it also illuminates the development of the German territories subordinate to the Reich.

Whaley explores the implications of the Reformation and subsequent religious reform movements, both Protestant and Catholic, and the Enlightenment for the government of both secular and ecclesiastical principalities, the minor territories of counts andknights and the cities.

The Reich and the territories formed a coherent and workable system and, as a polity, the Reich developed its own distinctive political culture and traditions of German patriotism over the early modern period.

Whaley explains the development of the Holy Roman Empire as an early modern polity and illuminates the evolution of the several hundred German territories within it.

He gives a rich account of topics such as the Reformation, the Thirty Years War, Pietism and baroque Catholicism, the Aufklarung or German Enlightenment and the impact on the Empire and its territories of the French Revolution and Napoleon.

It includes consideration of language, cultural aspects and religious and intellectualmovements.

Germany and the Holy Roman Empire engages with all the major debates among both German and English-speaking historians about early modern German history over the last sixty years and offers a striking new interpretation of this important period. Volume II starts with the end of the Thirty Years War and extends to the dissolution of the Reich 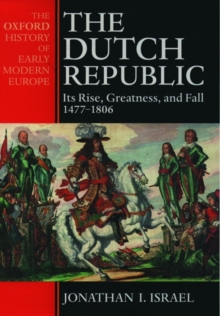 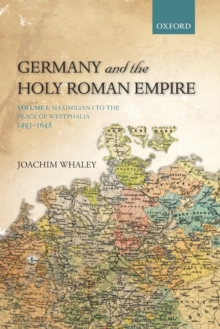 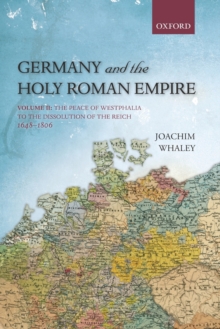 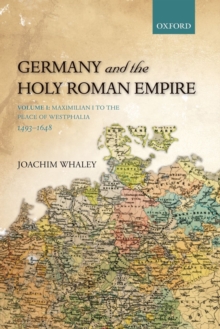