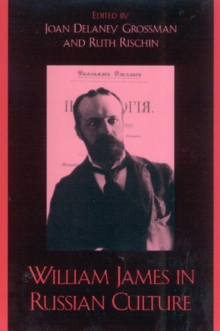 Editors Joan Grossman and Ruth Rischin pose to their contributors an intriguing question: What happens when the ideas of a thinker like William James, who-despite his originality-was deeply rooted in American traditions, are refracted through a culture that draws on a heritage profoundly different from his own?

Including studies of reception and interpretation of James's major works and analyses of the impact of his own philosophy on certain Russian writers and thinkers, William James in Russian Culture reveals striking parallels among and divergences between the intellectual and the spiritual realms.