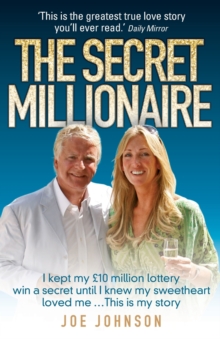 We all dream of winning millions on the lottery and occasionally wonder just what we'd do if it actually happened.

Joe Johnson was no different. The son of a rag and-bone man, he played the lotto for years 'just in case', and always had a hunch that he might get lucky.

But when he first found out that his numbers had come up, he thought someone was pulling his leg - it turned out to be the moment that would change his destiny forever.Overnight, Joe went from practically penniless despair to living life in the fast lane with GBP 10 million to his name.

From then on it was nothing but the best - the champagne, the cars, the country mansion and the girls - it looked like Joe had it all.

But despite the jetset lifestyle there was one thing missing in his life - true love.Since his win, a string of intense yet failed relationships had hurt Joe (not to mention his wallet) very badly.

A wiser (yet poorer!) man, Joe met and fell in head-over heels in love with Lisa, a beautiful blonde who took his breath away. This time around, he was determined not to be made a fool of, so to ensure Lisa would love him for who he was, not his bank balance, Joe hatched an incredible plan to test her love for him - he'd pretend to be broke and steel himself for her reaction on discovering that she had been deceived.

What followed reads like a fairytale.The lengths to which Joe went to keep his secret are amazing - he even made Lisa pay the bills and took her on a holiday from hell to a cockroach-infested apartment!

But the outcome of the tale was more sensational than Joe could ever have imagined..."A Whole Lotto Love" is a heart-warming and hilarious tale, and the story of Joe is one of the most astonishing you will ever read. 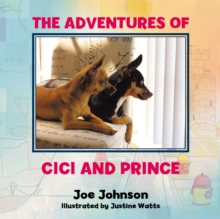 The Adventures of Cici and Prince