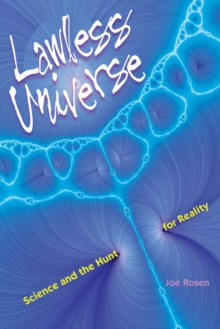 Lawless Universe : Science and the Hunt for Reality Hardback

Can science fully comprehend the whole of the material universe?

Not according to Joe Rosen. There is no question that advancements in science-especially in physics-have radically changed our concept of nature, revolutionizing our view of the universe, even of reality itself.

Rosen argues, though, that the material universe in its entirety lies beyond science.

Anyone who claims otherwise, who proposes a scientific Theory of Everything to explain all aspects and phenomena of nature, only misleads and misinforms.

Taking science-and the scientific method-down a peg, Rosen asserts that any understanding of the whole universe, if it is to be found at all, can come only from outside science, from nonscientific modes of comprehension and insight.

He believes that popularizers of science-think Stephen Hawking and Richard Dawkins-are mistaken when they declare that science is on the verge of unlocking all the secrets of the universe.

Perhaps without realizing it, they have crossed into the realm of metaphysics in an attempt to explain the unexplainable.

In Lawless Universe Rosen explores just how far science can go in comprehending nature. He considers the separate-but entangled-domains of science and metaphysics and examines the all-too-often ignored boundary between the objective and the subjective.

Thought-provoking and controversial, Lawless Universe is a complement to, even an antidote for, books that create the misimpression that science can explain everything. 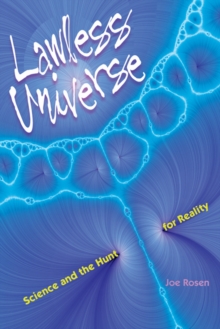 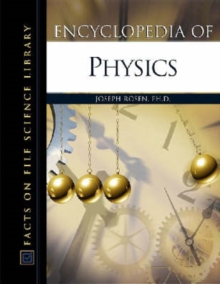