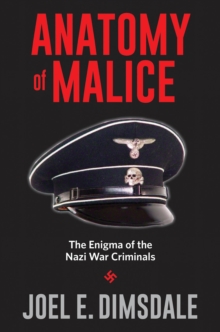 Anatomy of Malice : The Enigma of the Nazi War Criminals EPUB

An eminent psychiatrist delves into the minds of Nazi leadershipin ';a fresh look at the nature of wickedness, and at our attempts to explain it' (Sir Simon Wessely, Royal College of Psychiatrists).

When the ashes had settled after World War II and the Allies convened an international war crimes trial in Nuremberg, a psychiatrist, Douglas Kelley, and a psychologist, Gustave Gilbert, tried to fathom the psychology of the Nazi leaders, using extensive psychiatric interviews, IQ tests, and Rorschach inkblot tests. The findings were so disconcerting that portions of the data were hidden away for decades and the research became a topic for vituperative disputes. Gilbert thought that the war criminals' malice stemmed from depraved psychopathology. Kelley viewed them as morally flawed, ordinary men who were creatures of their environment. Who was right?

Drawing on his decades of experience as a psychiatrist and the dramatic advances within psychiatry, psychology, and neuroscience since Nuremberg, Joel E. Dimsdale looks anew at the findings and examines in detail four of the war criminals, Robert Ley, Hermann Gring, Julius Streicher, and Rudolf Hess. Using increasingly precise diagnostic tools, he discovers a remarkably broad spectrum of pathology.Anatomy of Malicetakes us on a complex and troubling quest to make sense of the most extreme evil.

';In this fascinating and compelling journey . . . a respected scientist who has long studied the Holocaust asks probing questions about the nature of malice.I could not put this book down.'Thomas N. Wise, MD, Johns Hopkins University School of Medicine

';This harrowing tale and detective story asks whether the Nazi War Criminals were fundamentally like other people, or fundamentally different.'T.M. Luhrmann, author ofHow God Becomes Real