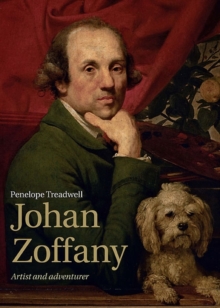 This beautifully designed and illustrated publication is the first comprehensive biography of the portrait painter Johan Zoffany (1733-1810), one of the leading figures of eighteenth-century British art.

The German-born artist shot to fame with his charming conversation pieces and portraits of London celebrities, including actor David Garrick.

He soon became the painter of choice of King George III, depicting the royal family with rare informality, and subsequently a founder-member of the Royal Academy of Arts.

His pictures have earned him the right to stand alongside Hogarth, Gainsborough and Reynolds as one of the most important founding artists of the British School.