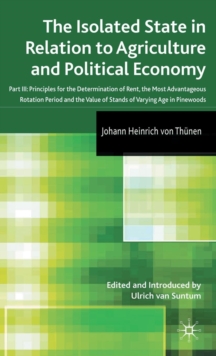 The Isolated State in Relation to Agriculture and Political Economy : Part III: Principles for the Determination of Rent, the Most Advantageous Rotation Period and the Value of Stands of Varying Age i Hardback

This volume is the first ever English translation of Part III of von Thunen`s famous 'Isolated State'.

It deals with the optimum rotation period of woods - a central problem of capital theory which has been studied by many famous economists.

Thunen's early approach to the problem compares very well with most of the later attempts. 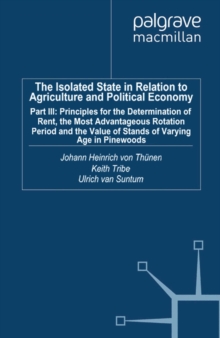 The Isolated State in Relation to...