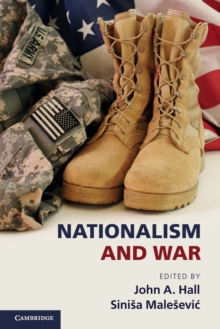 Has the emergence of nationalism made warfare more brutal?

Is nationalism the cause or the consequence of the breakdown of imperialism?

What is the role of victories and defeats in the formation of national identities?

The relationship between nationalism and warfare is complex, and it changes depending on which historical period and geographical context is in question.

In 'Nationalism and War', some of the world's leading social scientists and historians explore the nature of the connection between the two.

Through empirical studies from a broad range of countries, they explore the impact that imperial legacies, education, welfare regimes, bureaucracy, revolutions, popular ideologies, geopolitical change, and state breakdowns have had in the transformation of war and nationalism.