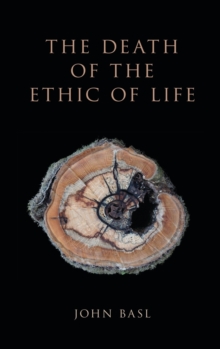 The Death of the Ethic of Life Hardback

Many subscribe to an Ethic of Life, an ethical perspective on which all living things deserve some level of moral concern.

Within philosophy, the Ethic of Life has been clarified, developed, and rigorously defended; yet it has also found its harshest critics.

Between biocentrists, those that endorse the Ethic of Life, and those that accept a more restricted view of moral status, the debate has reached a standstill, with few new resources for shifting or complicatingit. In The Death of the Ethic of Life, John Basl seeks to end this comfortable stalemate by emphasizing a simple truth: the well-being of non-sentient beings, such as plants, species, and ecosystems, is morally significant only to the extent that it matters to sentient beings.

Basl first develops a version of The Ethic of Life that best meets traditional challenges: the Ethic, if it is to survive criticism, must be able to explain how it is that all living things have a welfare or a goodof their own.

While a naturalistic account of teleology is crucial to defending an Ethic of Life, it is also its downfall. This Ethic ultimately entails that not only are ecosystems and collectives morally considerable, but so, too, are artifacts: everything from can openers to computers.

Basl shows that evaluation of the resources for distinguishing artifacts from organisms forces us to abandon, for good, the Ethic of Life.

The Death of the Ethic of Life provides not only a new answer to a fundamental question in environmental ethics, but a new way to conceive of fundamental concepts and issues in debates over who or what matters from the moral point of view, with wide-ranging implications in the philosophy of technology and bioethics.