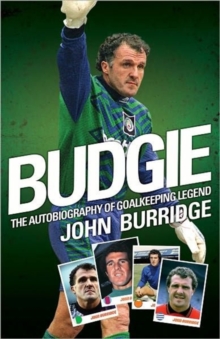 John 'Budgie' Burridge is a true journeyman pro and a hero to football fans up and down the country.

In a unique career spanning 30 years, Budgie played 771 league games for 29 teams, including Crystal Palace nad QPR (under Terry Venables at both clubs), Southampton (alongside a young Alan Shearer), Manchester City, Aston Villa (where he would play against Barcelona in the European Super Cup), Wolves, and in Scotland with Hibernian where he was a hero in their League Cup win of 1991.

That happy sojourn to Edinburgh would end in acrimony, however, as he ended up in a dressing-room fight with the manager. Highly respected as a goalkeeper, but denounced by many as an 'oddball' (he admitted that he often slept wearing only his goalkeeper's gloves), Budgie was famous for his madcap antics and his pre-match stretching routines.

He would also make a point of going on a lap of honour to salute his club's fans at the end of every game, win, lose or draw - a gesture that endeared him to legions of supporters as a man of the people. The Burridge story was far from over when he finally retired in 1997, at the age of 47. He lapsed into depression and spent months at the Priory Clinic as he struggled badly to cope with the void in his life.

He became player-manager at non-league Blyth Spartans - only to late be convicted for dealing in counterfeit leisurewear.

The prosecution case was significantly strengthened by the fact that there was video evidence of half the team wearing Burridge's sportswear before an FA Cup match. Together with his wife of more than 30 years, Budgie moved to Oman in the Middle East to take up a coaching post with the national team.

He sustained serious injuries when he wad knocked down by a car in 1999, but its back in rude health.

He is still employed with the Oman FA, lives there, and acts as a TV pundit and newspaper columnist in Singapore.

Burridge is still fascinating and funny to this day, and in this tell-all autobiography he reveals the truth behind his astonishing football career. 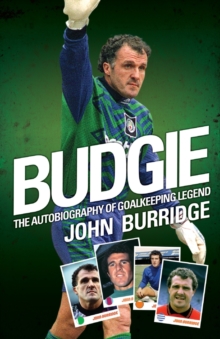