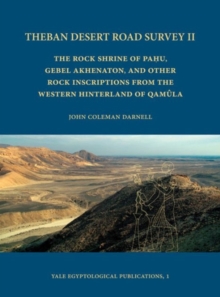 Theban Desert Road Survey II : The Rock Shrine of Pahu, Gebel Akhenaton, and other Rock Inscriptions from the Western Hinterland of Qamula Hardback

Illustrated in colour and b&w with 248 illustrations. The second monograph devoted to the work of the Theban Desert Road Survey presents the major rock inscriptions of the northwestern Theban Desert and the western hinterlands of Qamula.

Highlights of the epigraphic material include new prayers to Amun and Hathor-one a genuine New Kingdom de profundis recording an appeal to Amun during a storm on the Nile-several important Predynastic and Protodynastic tableaux, and the only rock art depictions of Akhenaton in a true Amarna style. 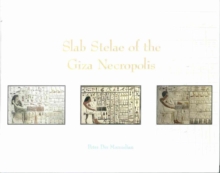 Slab Stelae of the Giza Necropolis 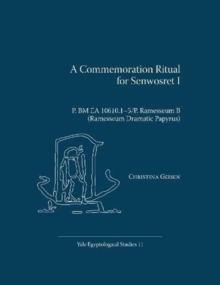 A Commemoration Ritual for Senwosret I 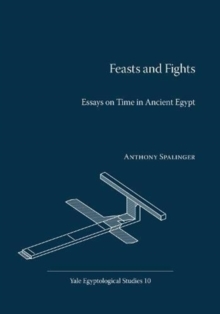