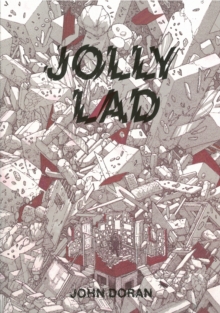 Music critic and mauvais vivant John Doran is turning his popular and long running MENK column for VICE into a book.

Jolly Lad concerns the author's attempts to deal with his life as a recovering alcoholic, to calm his enthusiasm for narcotics, to take control of his wildly fluctuating mental health issues and to curb a tendency toward bleakness in order to become a better father to his young son and less of a meff'.

It will also be accompanied by an album of spoken word and music, featuring Manic Street Preachers, British Sea Power and more.'