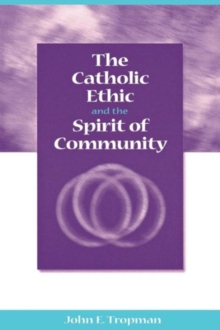 The Catholic Ethic and the Spirit of Community Paperback / softback

Starting where Max Weber's "The Protestant Ethic and the Spirit of Capitalism" left off, John E.

Tropman develops the idea that there is another religious-based ethic permeating society, a Catholic ethic.

Where Weber proposed that a Protestant ethic supported the development of capitalism, Tropman argues that there is a Catholic ethic as well, and that it is more caring and community-oriented.

Weber's notion of the Protestant ethic has become widely accepted, but until Tropman's work, beginning in the mid-1980s, there had been no discussion of another, religious-based ethic.

He suggests that if the Protestant ethic is an "achievement" ethic, the Catholic ethic is a "helping" one.

Tropman outlines a Catholic ethic that is distinctive in its sympathy and outreach toward the poor, and in its emphasis on family and community over economic success.

This book fully explores the Catholic ethic and its differing focus by using both historical and survey research.

It also points to the existence of other religious-based ethics. This clearly written book, employing the tools of both sociology and religious thought, will appeal to a wide audience, including students and scholars in disciplines informed by the influence of religion on politics and on social and economic behavior. 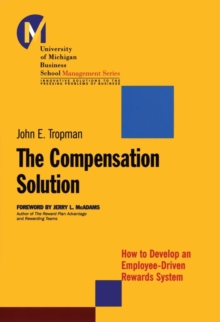 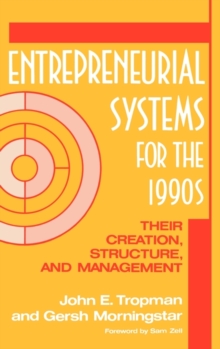 Entrepreneurial Systems for the 1990s