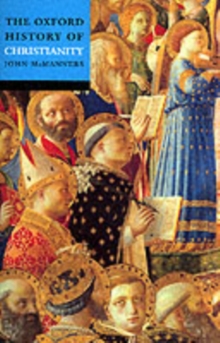 Edited by John (Fellow of All Souls College, and Regius Professor Emeritus of Ecclesiastical Histor McManners

A comprehensive account of Christianity in all its historical and geographical diversity. This book, originally published as The Oxford Illustrated History of Christianity, traces the growth and development of Christianity from the earliest communities of believers to a world religion whose adherents number over 2000 million.

The first section deals with Christianity up to 1800, and includes chapters on the effects of the Reformation and the Enlightenment, and on Christianity's relations with the Islamic world.

The second part considers Christianity in its worldwide context, with chapters on Europe, North America, Latin America, Africa, Asia, and the Orthodox Churches of Eastern Europe.

A concluding section, 'Christianity Today and Tomorrow', reflects on questions of theology, conscience, and belief and examines thechallenges which the modern world poses for the Christian community in the future.