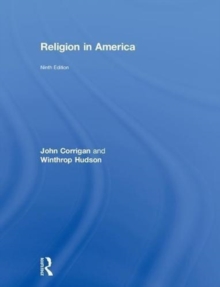 This comprehensive narrative account of religion in America from the sixteenth century through the present depicts the religious life of the American people within the context of American society.

Split into four parts this textbook covers:Religion in a Colonial Context, 1492-1789The New Nation, 1789-1865Years of Midpassage, 1865-1918Modern America, 1918- PresentThis new edition has been thoroughly updated to include further discussion of colonialism, religious minorities, space and empire, religious freedom, emotion, popular religion, sexuality, the ascent of the "nones," Islamophobia, and the development of an American mission to the world.

With a detailed timeline, illustrations and maps throughout, and an accompanying companion website Religion in America is the perfect introduction for students new to the study of this topic who wish to understand the key themes, places, and people who shaped the world as we know it today.