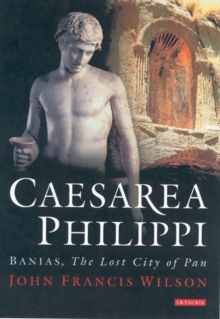 Sometime in 1997 the ancient city of Banias passed its 2000th anniversary, yet there was no celebration.

John Francis Wilson brings us the story of Banias, or ancient Caesarea Philippi, the city that sat at the source of the Jordan River in what are now known as the Golan Heights region.

In doing so he brings to life a city whose history is a microcosm of that of the Middle East itself.

Banias' story starts in Canaanite times. Under Herod Phillip( died AD 34)it became Caesarea Philippi and was a focal point for the cult of the god Pan throughout the Roman period.

With the accession of the Christian Emperor Constantine its pagan heritage brought it into conflict with emerging Christianity.

In the following centuries came Arab conquest, the Crusades, neglect and decay, rediscovery in the 19th century by European travellers and finally its destruction in the Six Days War after being occupied by Israeli forces. Wilson reminds us that cities without people are desolate: interspersed amongst the invasions and religious conflicts are the people whose lives touched the life of this city: Herod the Great and his sons, Jesus of Nazareth, the emperors Vespasian and Titus, Saladin and even Samuel Clemens, otherwise known as Mark Twain.

John Francis Wilson has had complete access to the site, and has drawn upon a wealth of sources in order to provide the first comprehensive history of this remarkable city .

Its story will make fascinating reading to historians, general readers and those interested in the archaeology and narrative of the Near East. 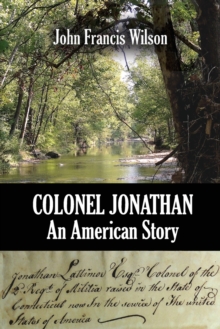