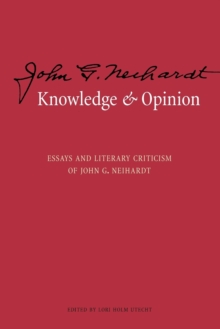 How important were Sioux authors such as Charles Eastman in the opinion of the writer responsible for Black Elk Speaks?

What will be the legacy of modern poetry according to the poet behind The Cycle of the West?

Knowledge and Opinion offers an unparalleled glimpse into the social and literary thought of John G.

A wealth of little-known essays and reviews deepen and round out our appreciation for the accomplishments of Neihardt by revealing his no-nonsense opinions about noted literary figures and trends, events, and social issues of his day.

Featured in these pages are Neihardt's views of such literary giants as F.

The contributions of Sigmund Freud, anthropologist Paul Radin, and modern philosophers like Bertrand Russell do not escape his sweeping gaze.

In their entirety, these essays showcase Neihardt's perspectives and opinions on a wide range of subjects and issues, including modern poetry, the qualities of great literature, twentieth-century trends in writing and literary criticism, the defining characteristics of Western civilization, the literatures and cultures of Native Americans, the lost world of the Old West, economic turmoil in the Great Depression, and the enduring power of classical thought. This rich archive of essays and reviews will surprise, delight, and provoke those who thought they already knew John G. 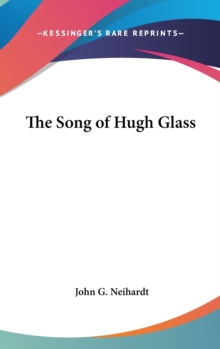 THE SONG OF HUGH GLASS 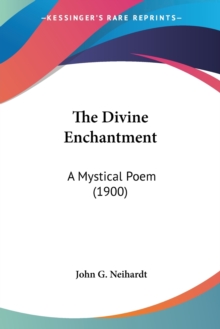 THE DIVINE ENCHANTMENT: A MYSTICAL POEM