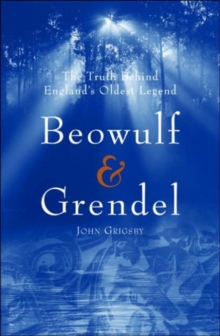 John Grigsby reveals that the English had a mythology and a vibrant pagan religion as rich and complex as that of the early Celts, of which only a few precious fragments remain.

One such fragment is a Dark Age poem that tells of the deeds of a monster-slaying hero Beowulf, who frees the feasting hall of a Danish king from the twelve-year tyranny of a creature named Grendel.

Grigsby's conclusions will revolutionize the way we think about the ancestors of the English.

He explains how they came to England from Denmark and Northern Germany and how human sacrifice was central to their religion.

He shows how the memory of the forceful suppression of this sacrificial cult in the 5th century AD lies behind the seemingly fantastic deeds of Beowulf.

His discovery will restore the poem to its rightful place as a national epic.

A Particular or Inventory of the Estate... 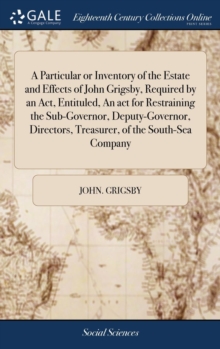 A Particular or Inventory of the Estate...