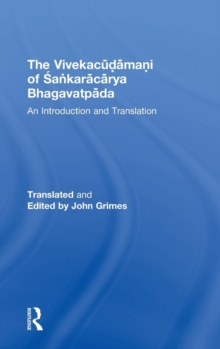 The Vivekacudamani of Sankaracarya Bhagavatpada : An Introduction and Translation Hardback

Sankara (c.650-700) is considered to be a giant among giants and probably the most venerated philosopher in India's long history. The Vivekacudamani is in the form of a dialogue between a preceptor (guru) and a pupil (sisya) expounding the quintessence of Advaita in which the pupil humbly approaches the preceptor and, having served the teacher selflessly, implores to be rescued from worldly existence (samsara).

The guru promises to teach the way to liberation (moksa) which culminates in the ecstatic experience of one's own Self. This book presents an accessible translation of the entire text and also includes Upanisadic cross-referencing to most of its 580 verses, extensive notes, a lengthy Introduction, list of variant readings, an extensive bibliography, and an index to the verses.

All those interested in Indian religion and philosophy, Hindu studies, or Sanskrit, will find this readable English translation of an Indian philosophical classic invaluable. 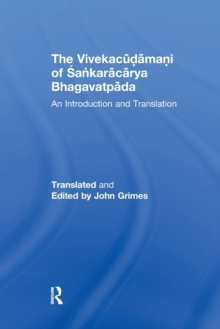