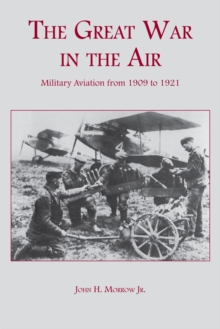 For the general reader as well as the specialist, Morrow's history of the development and significance of airpower during WWI will be considered definitive.

He compares the military, technological, and industrial aspects of the air services of the major powers--France, Germany, England, Italy, Austria-Hungary, and the United States--and reveals how, by means of superior production (particularly French engine manufacture), the Allies prevailed in the air war.--Publishers Weekly Morrow's encyclopedic examination of aviation's part in World War I concentrates on aircraft engine and airframe production, but the emotional content of contemporary accounts rises to the surface to put a human face on the brutal use of an infant technology. . . . a serious yet readable history of this vital part of the conflict, meant for any reader.--Library Journal A comprehensive study of the totality of the air war in its military, political, industrial, and cultural aspects distinguish this book from other treatments of military aviation during this period. . . . Morrow's efforts have yielded new insights into the evolution of military aviation and corrected previous oversights.

The author's attention to developments in production and logistics, as well as events at the front, provide the most complete understanding of the development of air power and its role in the Great War.--American Historical Review 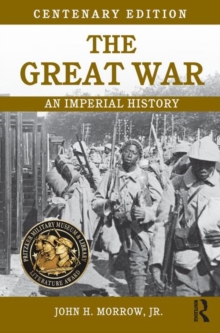