After two years' extensive research the author has written a thorough account of the political and military background to the German invasion of Crete and the bitter fighting that followed the first airborne assault on an island in history.

The book tells of confused negotiations between the British and Greek governments; the misunderstandings between Winston Churchill's War Cabinet and commanders in the field; the near capture of the King of Greece; the lack of preparation by the defenders and the suppression of a critical post-battle report by General Wavell. There are vivid individual accounts of the fighting both during the invasion and the subsequent campaign and ultimate retreat and evacuation.

The Royal Navy and RAF's contribution is well documented as are the roles of the German air force. Crete was a 'close run' campaign fought with aggression by both sides. 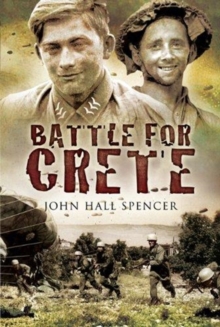